Summer of love & the hippie movement 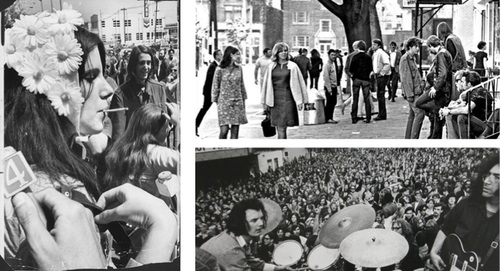 A song from 1967 had a lyric saying "If you're going to San Franciscoc be sure to wear some flowers in your hair" Wearing flowers in your hair would represent the hippie in you. These type of songs would be performed at the concerts in Golden Gate Park and Summer of Love. Summer of Love turned Haight into a place for many high school and college student kids to be happy, listen to music, and explore many adventures.


On January of 1967, the "Summer Love" event that was held at the Golden Gate Park was expected to have 3,000 hippies at this media event but 30,000 hippies showed up. The band in the photo hid a type of drug in free turkey sandwiches to the audience. They then wrote a song with lyrics of "If you're going to San Francisco, be sure to wear a flower on your head". During the Summer of Love performance, a band secretly distributed out drugs in the free sandwiches to the crowd. The Hippie movement all started by the Vietnam war. In the 1960's, the movement occured at San Francisco Haight Ashbury where people enjoyed listening to music and deal with LSD and marijuana. Today at Haight Ashbury, there are still Hippies on the streets. Present day, people in San Francisco wear flowers in their hair and it became a hippie movement. 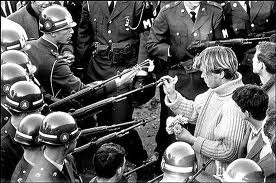 In 1967, the Haight Ashbury district could not support the numbers of hippies from the hippie movement. The majority of hippies then started to stay on the streets and create problems such as drug dealing, malnourishment, and drug addiction in the Haight community. By the end of 1967, hippies, who went to "Summer Love", moved on, started drug abusement, and that's when the end of the hippie movement ended in Haight though the movement continued in the East.

By October of 1966, California made Haight's famous drug, LSD, illegal so all the San Francisco hippies gathered along at Golden Gate Park on stage to show the police people who use LSD were not ill or evil criminals. Hippies handed out LSD to everyone and they put the drug on their tongues right in front of the police as a show of protest. This event was called Love Pageant Rally.
Powered by