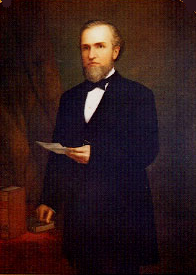 Haight street, the place to thrift, hang out with a friend, explore the street, or eat! The Haight is one of the top places to take a tourists in San Francosco. Many people on Haight wear flower headbands, bright colored tie dye shirts, and throw up the peach sign to represent the hippie culture. Men would wear their long hair while women would walk around braless.

In the 1840's, Henry Huntly Haight, graduated from Yale University studying law and ended up with his father at St. Louis, Missouri for a law practice. By 1859, He moved to San Francisco and became the chairman of the California State Republican Committe. In 1867, Henry Haight was elected as California's 10th governor then unsuccessfully ran for reelection. While that occured, he signed a legislation and established to create the Golden Gate Park, the San Jose Teacher College, the State Board of Health, and the University of California.  Since Henry Haight took over Haight street, he was supposed to name it after his father, Fletcher Haight, but he passed away in 1866. In the 1880's, Golden Gate Park opened and many people would visit on Sunday's for the free concerts, play around Sharon Lake, the Japanese Garden, and watch baseball games at Frederick field.

Haight used to be a quiet, calm lower-middle class neighborhood. By the 1940s, it became a residential area. The neighborhood then was called The Haight-Ashbury because its center was the intersection of Haight street and Ashbury street. It became the place where hippies would hangout because a lot of things occured at Haight-Ashbury. Since the location relationship between Haight-Ashbury and University of California were so close, hippie's started to live in the Haight by the mid 1960s. 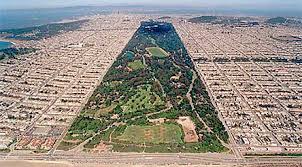 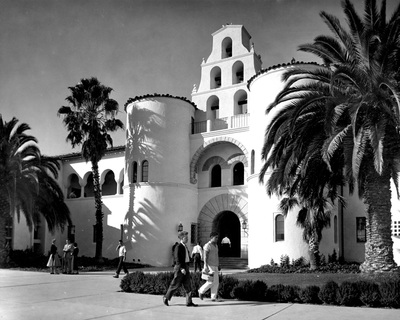 During and after the Great Depression, Haight-Ashbury suffered and lost a lot of things. After World War 2 by 1950's, the neighborhood was less than a healthy neighborhood with vacant house. By the 1960's, the residential area in The Haight became a place where hippies would occupy houses. The Haight was known as a place for illegal drug use as a hippie. If you were a hippie, Haight-Ashbury would be the hangout spot by the time "Summer of Love" occurred. Other people or "non hippies" looked down on the hippie lifestyle and gave Haight-Ashbury negative attention.

In the hippie culture of the 1960's, hippies were always happy, believed in eco friendly environment activities, and expanded their concious by promoting the use of hallucination drugs. They believed in personal freedom, peace, and love and some people then thought of it as a religious movement. Hippies were such unique people that they basically created their own counter culture. They dressed in bright colored tie dye t-shirts with beads, jewelry, and walk around barefoot or wear sandals.  Hippie's symbol was the peace sign. They would drive anywhere with their colorful Vulks Wagom buses.

In 1967, the Haight Ashbury district could not support the numbers of hippies from the hippie movement. The majority of hippies then started to stay on the streets and create problems such as drug dealing, malnourishment, and drug addiction in the Haight community. By the end of 1967, hippies, who went to "Summer Love", moved on, started drug abusement, and that's when the end of the hippie movement ended in Haight though the movement continued in the East. 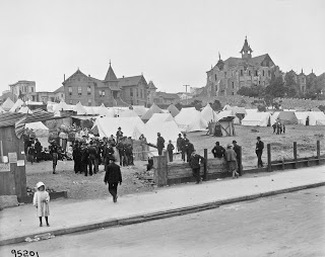 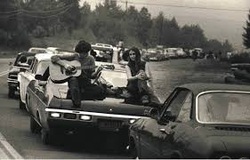 Although Haight-Ashbury streets intersect the district of San Francisco, it is still called The Haight surrounding Golden Gate Park, Buena Vista Park, and Stanyan Street. The Haight is﻿ known for a big movement created by many people, "The Hippie Movement" or the "Summer of Love" that started in the 1960's. The Cable Railroad created in 1883 reached from the Golden Gate Park to the rest of downtown San Francisco.

By the 1890's, The Haight had two districts upper and lower district due to the huge San Francisco earthquake in 1906. People left those houses after the Depression which lead the hippies residing at those houses. The Haight then became a place to illegal drug activities and throw rock concerts. On June 7, 1967, Dr. David E. Smith was the first person to open a free clinic in Haight Ashbury in the United States. The Haight today is now full of thrift shops, book stores, restaurants and bars, and more.